The BBC4 popped by to film some shots of the presses for a show to be aired around Christmas time recently.

Railways: The Making of a Nation has a lot more to do with letterpress than you (or I) realise! Simply put, industrial centres -towns and burgeoning cities – produce something which in Derby’s case was textiles, and transported their products around the UK using the national rail network. And of course, the rail network depended upon local printers to print their administrative and marketing paperwork amongst other things. Derby being a textile town with a developing railway network had its fair share of local printers to support their empire. It’s good to know that we’re continuing a tradition… but watch the show for a more informed precis!! 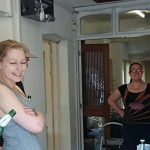 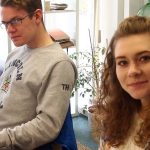