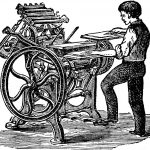 The Heritage Crafts Association is a charity founded in 2009 with the aim of supporting and promoting heritage crafts. They work with a variety of organisations to safeguard craft skills and knowledge for the future.

As part of that work, the HCA regularly publishes a Red List of Endangered Crafts, the most recent edition of which came out in 2019. The list now features 212 heritage crafts – everything from flute making to arrowsmithing to knitting – which have been sorted, using a variety of criteria, into one of four categories:

A craft is listed as endangered if it currently has enough craftspeople to pass the craft on to the next generation but there are ‘serious concerns about their ongoing viability’, while those crafts that are critically endangered are of ‘serious risk of no longer being practised in the UK’, ie becoming extinct. The HCA currently lists four crafts as having become extinct in the last generation.

You can access the 2019 HCA report here, while the full list with links to further data on each craft can be found on HCA’s website here.

Letterpress is Officially an Endangered Craft

Letterpress printing originates in the fifteenth century with the invention of the printing press by Johannes Gutenberg. It revolutionised publishing as books and newspapers could now be mass-produced relatively easily, and it remained in popular use until the twentieth century.

However, with the advent of modern offset printing, both cheaper and faster, letterpress fell out of commercial use. As the HCA notes, it has ‘moved from being a skilled trade to becoming more craft based (less quantity, more short run art based results).’

And now letterpress is officially an endangered craft. The HCA estimates just 70–150 letterpress professionals, with only one third or so of those getting their main income from the craft. It estimates a further 100–200 ‘serious’ amateur makers.

As letterpress experts and enthusiasts here at The Smallprint Company, we are saddened at the state of our beloved craft and worry about its future.

Let us look at the positive side of this news: with letterpress now included on the HCA’s well-researched list, we have a renewed opportunity to turn things around. The HCA’s original 2017 list attracted extensive media coverage, shining a light on the importance of these heritage crafts, and between then and 2019 one craft, sieve and riddle making, was actually brought out of extinction:

‘[T]wo individuals came forward to take up the craft, one of them enticing the previous last-of-the-line maker out of retirement for tuition, and now both are on the verge of commercial production,’ writes Red List Project Manager, Daniel Carpenter.

So there is hope! 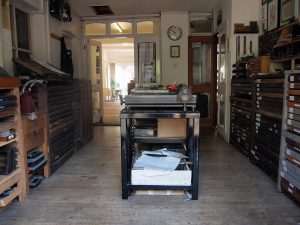 The Smallprint Company and the Future of Letterpress

Here at The Smallprint Company, we are genuinely passionate about the art and craft of letterpress printing, which means that our concerns go beyond simply making money doing something we love (though that’s great too, and we all need to eat, of course!).

We are a member of the HCA, and one of our biggest priorities is working on ways to preserve letterpress for future generations. For us, it is chiefly about spreading knowledge and enthusiasm. Some ways that we do this are: 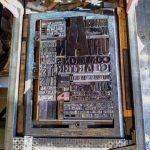 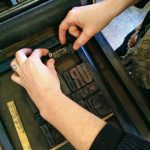 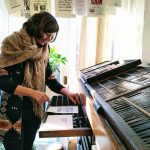 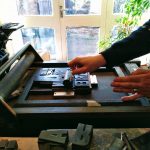 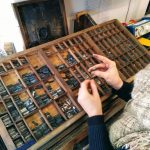 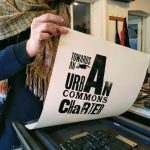 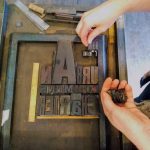 Want to help keep letterpress alive? Why not book a workshop with us and spread the word to your arts and crafty friends? Or, if you’re not quite ready to get your hands inky yet, why don’t you pop in to the studio for a chat and a look around. We always love a good natter about letterpress!

You can also donate to or become a member of the HCA and support the work they are doing.